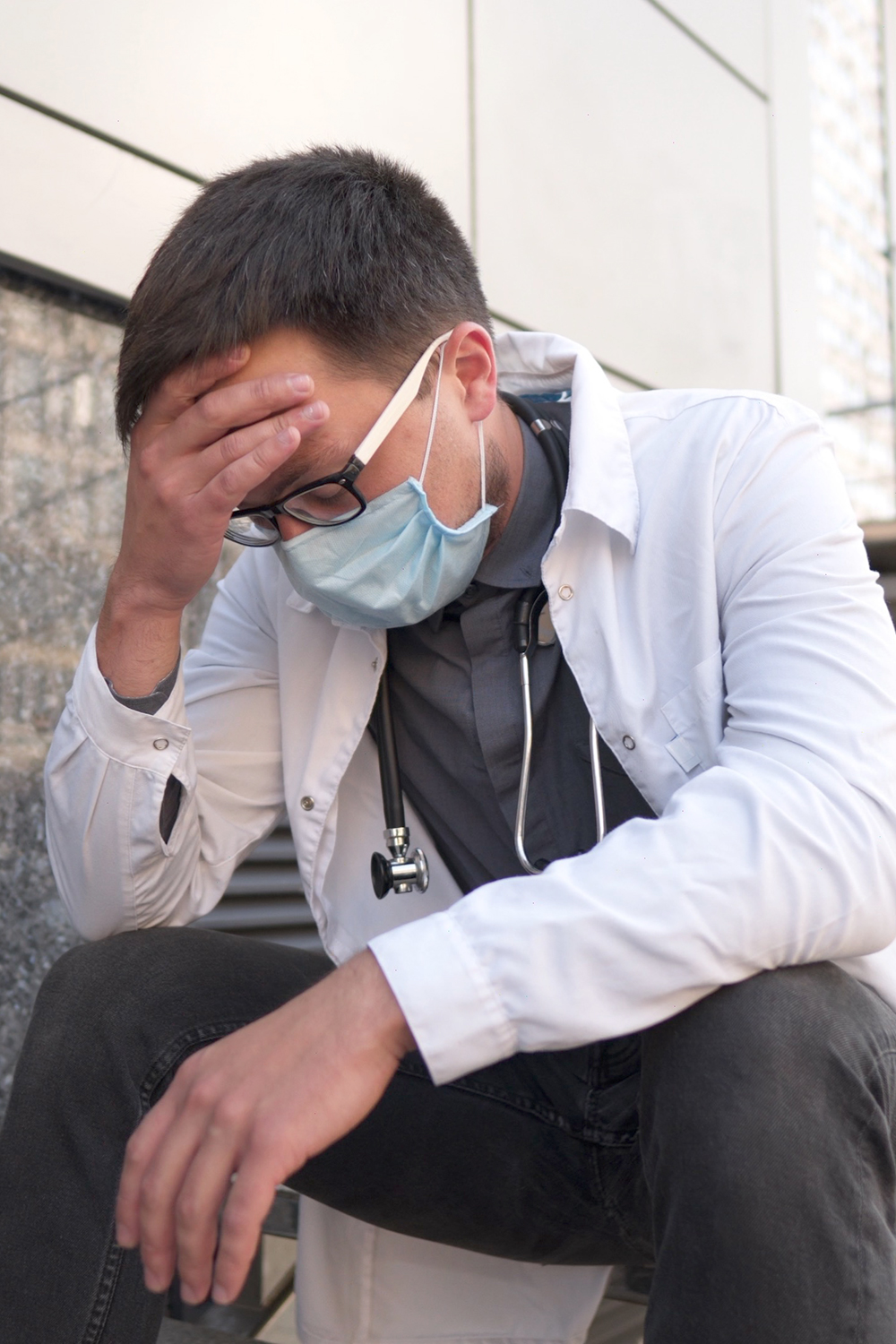 We’ve worked with countless highly skilled, high-performing professionals, accustomed to dealing with high levels of stress, who suddenly are thrown – sometimes unfairly – into a churning sea of legal issues, interviews, records requests, depositions, and uncertainty about the future.

Every physician being sued, every nurse whose work has been called into question, every medical professional who feels like their life has been upended by litigation, needs to know that they are not alone.

According to recent research:

They also need to know that there are short-term, focused protocols that have proven extremely effective in turning things around.

A doctor with over 20 years’ experience, working at a health center in an underserved community, almost left medicine completely. She felt that getting sued meant she must have done something wrong and that, perhaps, she shouldn’t be seeing patients anymore.

An OB/GYN in practice for 16 years, felt the lawsuit wasn’t affecting her day-to-day functioning until she walked into an OR, had a flashback to the surgery associated with the litigation, became lightheaded and couldn’t proceed with the surgery. She also considered leaving medicine.

A hospital-based radiologist was sued for the first time after 34 years in practice. He began to see his job and his patients differently, his trust in them and himself diminished, and is now planning to hasten his retirement. 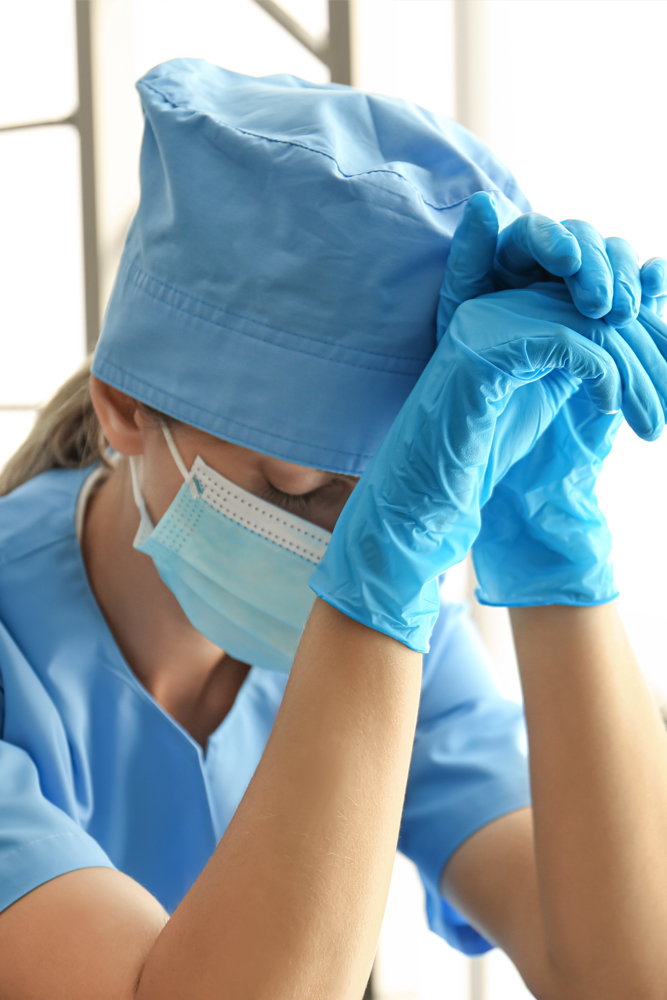 I wasn’t even totally aware of how profoundly affected I was by the lawsuit. Learning that a family member perceived my care as less than the best for someone that I had tried very hard to help was soul-wrenching. It brought a career of service into question and sadness that wouldn’t leave. I don’t think I am exaggerating to say that this could have ended my ability to be a good physician. … The highest praise goes to [my coach] for his guidance and his pursuit of the goal to work best with attorneys and accusations, but also to commit to the goal of maintaining excellent service for those who I care for now and in the future. … I feel he identified my issues accurately and skillfully guided me to strength and health.

Anesthesiologist in St. Louis with 30+ years of practice

I am an anesthesiologist in St. Louis with 30+ years of practice. I had a bad outcome in May of 2018. The patient’s family filed a lawsuit recently…. I have not practiced medicine since the incident in May because of self-doubt and anxiety. … I have had two sessions with [my coach] and he helped me to see the event in a very different light. It has been a very positive experience. … I really appreciate this program to help me cope with the stress.
With regards,

I felt alone, depressed, confused, lost, anxious, and the list goes on and on…

After finding out about being sued, I felt alone, depressed, confused, lost, anxious, and the list goes on and on… I started working with [my coach] and she helps me break the cycle of flashbacks, anxiety, not being able to focus, and through a long process of coaching and stress tools. I slowly started to get my life back in medicine. This helped me tremendously and I went from wanting to quit medicine, depression, and extreme anxiety to where I am now, still practicing medicine, I learned to like what I do again, still with some anxiety but able to care for my patients, back to being efficient at my work and how much time I was spending with patients. I love what I do, the reason why I became a physician….

My already-tenuous hold on keeping everything together fell apart.

I have been a pediatrician … in Birmingham, Alabama, for my entire career, 19 years. … I am a 50% partner in my small practice. Late in 2019, the founding partner of the practice retired and one of the other physicians in the group took over his share of ownership. Additionally, one of the employed physicians at my office went out early in 2020 following knee replacement surgery. As if that were not enough change, our practice hired a new physician out of residency in August 2019, and moved from paper charts to EHR in October 2019. Needless to say, [our practice] was already in “embrace change” mode when COVID-19 hit!

… On March 20, 2020, just after celebrating his 21st wedding anniversary, my brother felt a sharp pain in his chest and fell to the floor of his living room. He had suffered a massive heart attack and did not survive the ambulance ride to the hospital. My already-tenuous hold on keeping everything together fell apart.

When I heard about the confidential coaching support that (Professional Medical Malpractice Liability Company). had arranged through Winning Focus Inc, I felt that I should investigate the service further. … Through the coaching I received, I have been able to get back on track with my personal life and professional life. The working mantra that my office has embraced is “the only thing consistent is change”….

My name is A. S. and I am a third-year family medicine resident…. This past year I was named in a case, and a month ago I reached out to Michelle H. regarding sources of support-particularly for people I could talk to confidentially.
Michelle directed me to Winning Focus. …

I have been so very thankful for this service. The distress of being named is a lot for any physician, let alone one in training. Talking with [my coach] has provided me with a confidential outlet, a healthy reframing of reality when it is easy to lose confidence, new coping skills, and an assurance that this resource will be available throughout the duration of the case. I am sleeping better and feeling less anxious. …Physician wellness is a hot topic and I can honestly say this service is preventing significant “un-wellness” in my life and job. I believe even after the case is finished, the coping skills learned will continue to make me a better doctor and person. 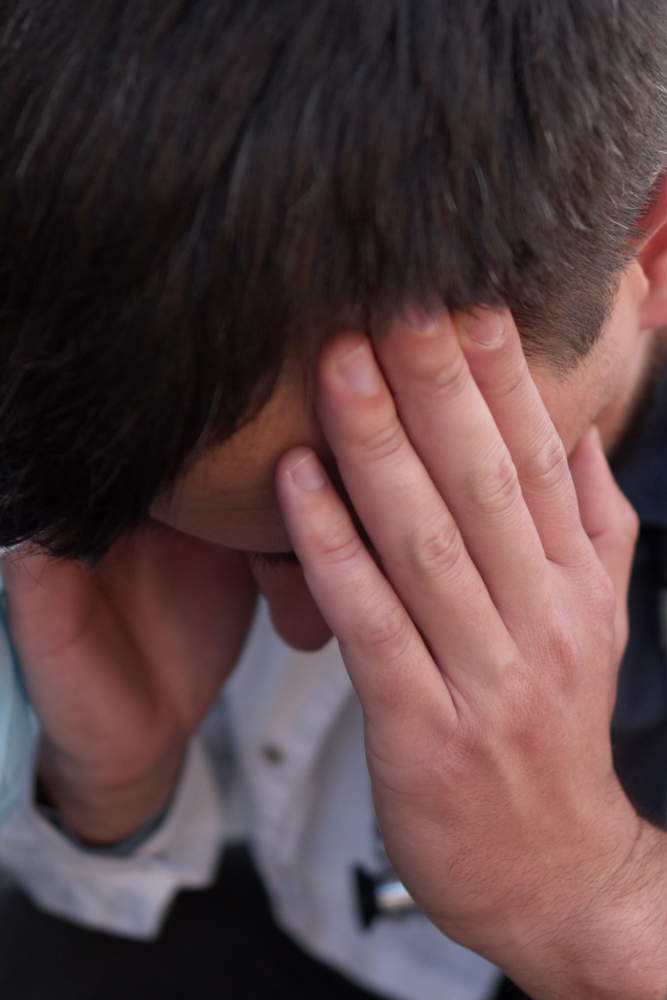 Mixed in with their feelings of anxiety and depression, those with MMSS are often having thoughts like:

For those with MMSS, these are not experienced as detached, hypothetical thoughts, but as actual realities they now must face.

Whatever the outcome of the pending litigation, if they don’t address the MMSS, it could affect the way they function in the future, have long-term effects on their practices and their personal lives, and potentially result in additional malpractice claims. 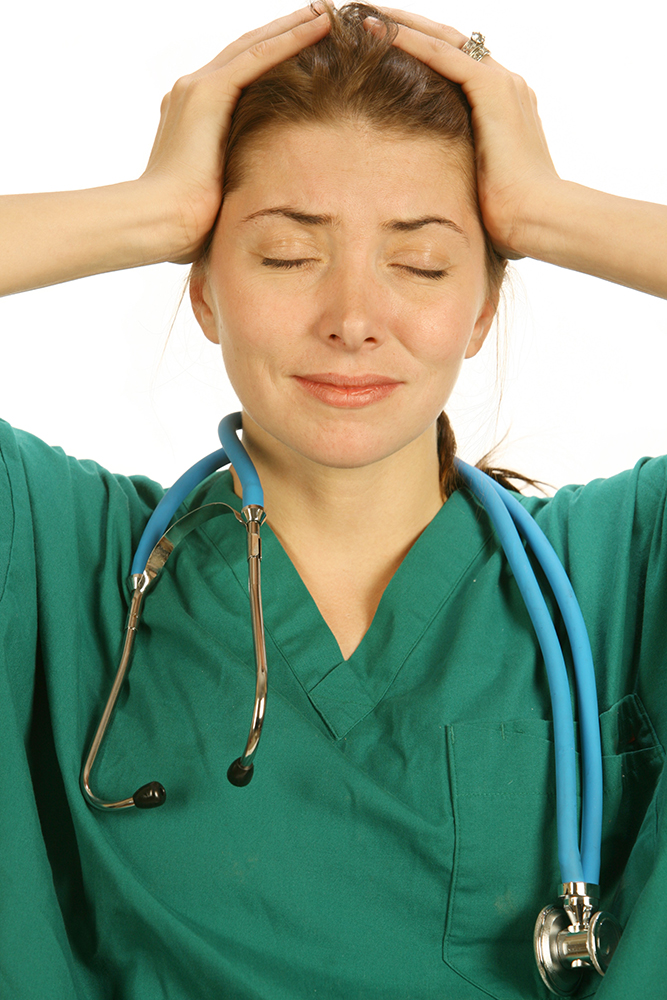 Nurses and, indeed, all medical professionals may face similar challenges. Even though they may not be the named defendant in a lawsuit, according to a report by CRICO, the risk management arm of Harvard’s medical facilities, nursing was a “primary service” in 34% of cases with a high-severity injury and in 44% of cases that were closed with a payment.

And even though nurses were named as defendants only 14% of the time, likely because many nurses don’t have their own personal malpractice coverage, their hospitals or facilities were sued in most of these cases – making the nurses important witnesses for the defense.

We have every reason to believe things have gotten worse since the CRICO study was published. Chronic nursing shortages were exacerbated during the COVID pandemic and we have seen large numbers of nurses leaving the workforce altogether. In a recent survey of nurses by Hospital IQ, 90% of respondents said they were considering leaving the nursing profession in the next year, with 71% of nurses who have more than 15 years of nursing experience thinking about leaving within the next few months.

Those remaining in the jobs are faced with increased workloads and extra shifts, often mandated, and working with too little sleep. Their commitment to their mission is heroic, but they are only human and it’s hard to imagine the number of errors, the number of bad outcomes, and the number of lawsuits going anywhere but up.

They need the same support – through coaching – as physicians when it comes to dealing with the trauma of medical malpractice litigation.

Traditional stress reduction strategies, including psychotherapy, which are open ended and diffuse in focus, are not necessarily well-suited to litigation scenarios. What’s necessary is a practical type of litigation stress coaching – short-term, goal oriented and laser focused on the specific challenges and behaviors the litigation process triggers for the client.

The process may unfold in a variety of ways, but typically: 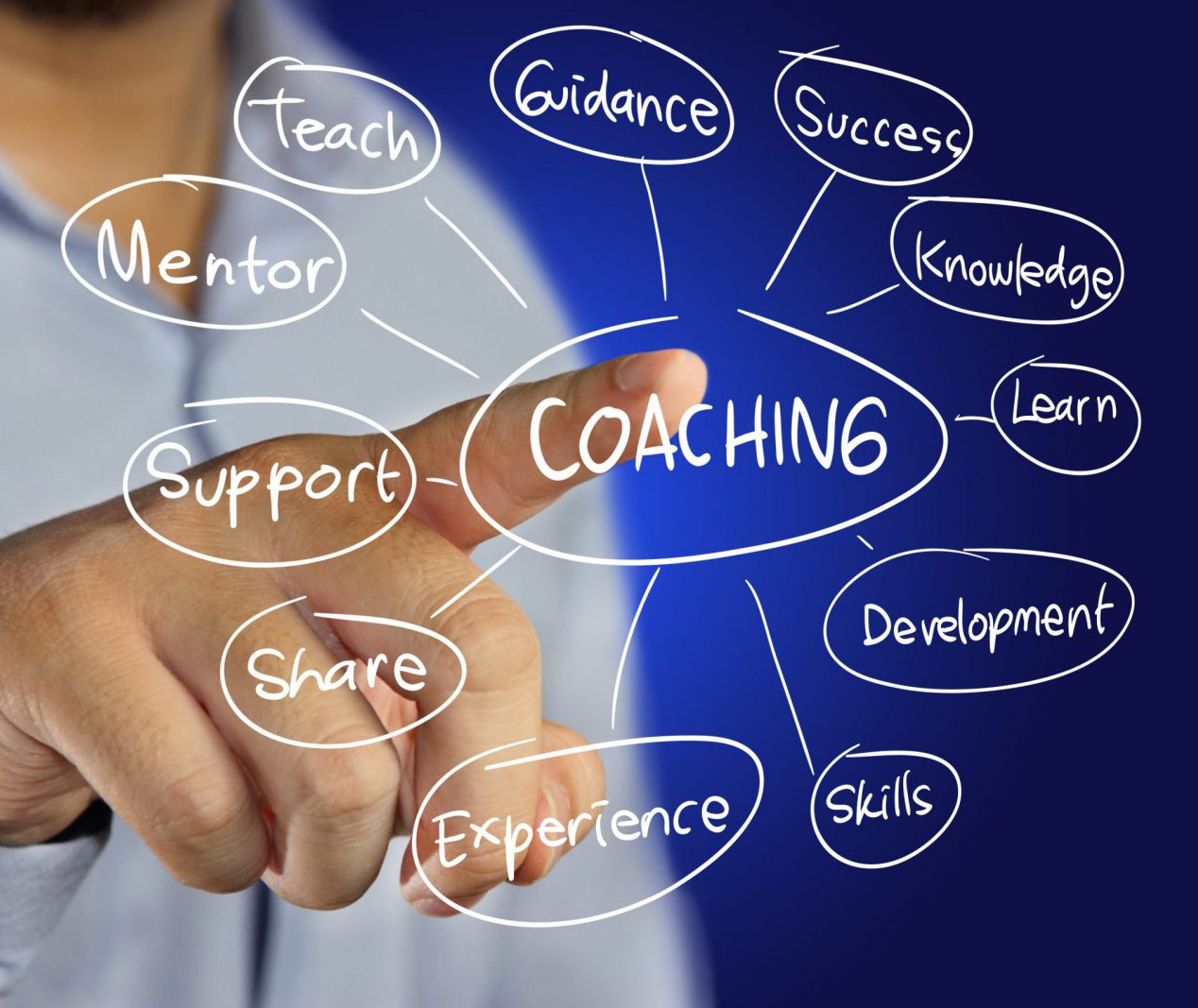 July 26, 2022—Pittsburgh, PA—Ninety-six percent of the roughly $4 billion paid out in medical malpractice claims each year comes from settlements... 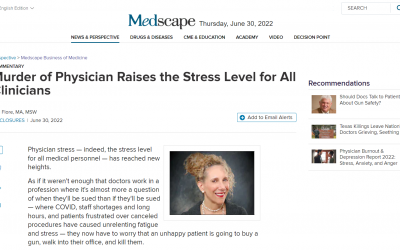 Medscape: Murder of Physician Raises the Stress Level for All Clinicians

Physician stress — indeed, the stress level for all medical personnel — has reached new heights. As if it weren't enough that doctors work in a... 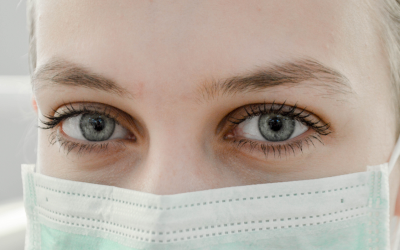 Medscape: Nurses Under Fire: The Stress of Medical Malpractice

Just because nurses are sued less often than doctors doesn’t mean that their actions aren’t a focus of a large number of medical... 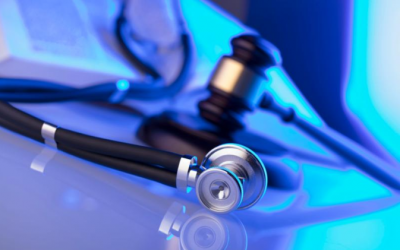 Medical Malpractice Stress Syndrome. Every claims executive handling medical malpractice claims has seen it. So has every lawyer who defends... 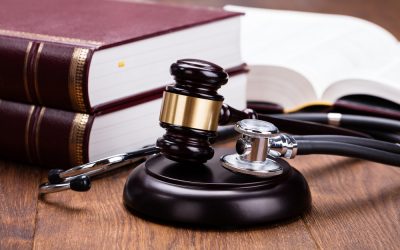 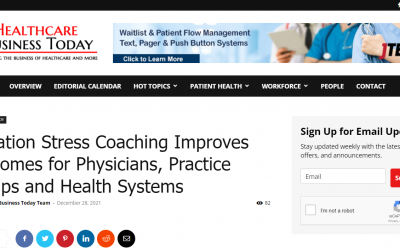 Winning Focus helps improve trial outcomes. We can help your most difficult client become a better defendant, decrease their vulnerability to future...